How to make: Tommy’s Margarita at home

As our drinks menu explains, this variation of the classic Margarita originated in the early ’90s at Tommy’s Mexican Restaurant in San Fransisco where it is still offered today. 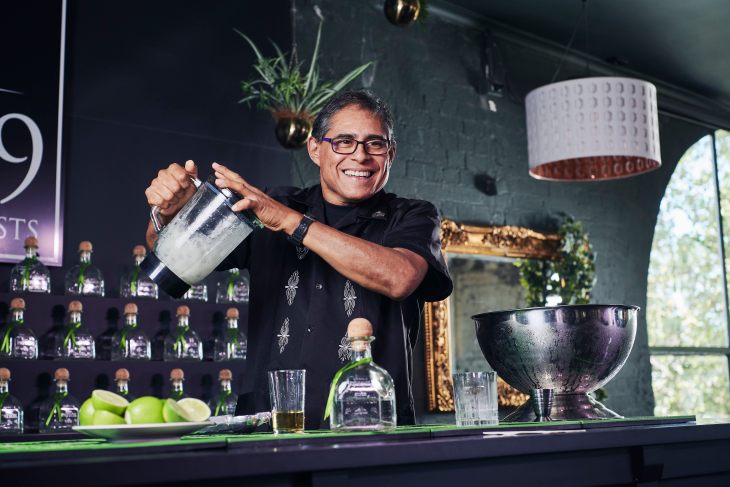 It was invented in 1990 by Julio Bermejo at Tommy’s which was his parent’s Mexican restaurant, established in 1965.

Tommy’s, in San Francisco. The story is that Julio saw Agave in a health food store and felt that it would enhance the agave element of Tequila (which is distilled from the blue agave plant) as well as adding sweetness.  Unlike the Margarita, it omits orange liqueur and replaces it with the agave nectar.

The restaurant today is recognised as one of the world’s great Tequila institutions and has been honoured 6 times in The World’s 50 Best Bars list since 2000. Their bar has more than 350 brands to choose from, all 100% agave tequilas and today Julio holds the sole title of US Tequila ambassador.

Shake ingredients and strain into a chilled cocktail glass